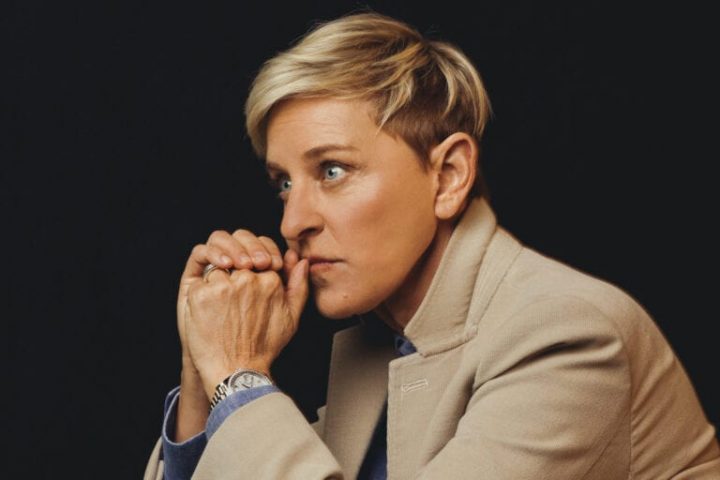 These are certainly not the best of times for celebrated talk show queen, Ellen DeGeneres as she is battling career crisis and non of her famous rich friends seem to be anywhere near serving her reputation

She is under internal investigation facing staff accusations of a toxic work environment.

Although, she is ranked alongside influential women such as Michelle Obama and Oprah Winfrey — and her multimillion-dollar brand is built on the phrase “be kind” but the whole empire is falling before her very eyes like a badly packed cards.

An internal investigation into Ellen DeGeneres’ popular daytime US talk show has now left a question mark over her reputation.

Distributor WarnerMedia has launched a probe following accusations from current and former staffers on the show of bullying and racism on the “toxic” set.

The findings could embarrass chat show queen Ellen, who was given the Presidential Medal of Freedom — America’s highest civilian honour — in 2016 by then President Obama.

Even though she has been surrounded by A-listers for years, none of them have been quick to come to her aid in this trying period

A source told The Sun: “Ellen has gained a reputation as a friend to the stars, but A-listers would have to take great risks to publicly defend the show.

“The explosion of the #MeToo movement has really shone a light on workplace conduct in Holly- wood. Studios are under pressure to change the culture.”

Ellen, 62, has won legions of fans globally for her comedy routines and chummy interviews with the world’s biggest stars.

Ellen was also at the front of the “Oscars selfie” with Meryl Streep, Brad Pitt, Angelina Jolie, Julia Roberts and Bradley Cooper when she hosted the Academy Awards in 2014.

Some fans looked at the photo in a different light in May after her ex-bodyguard Tom Majercak said she had treated him in a “demeaning” way at the ceremony.

Ellen has even managed to befriend Meghan Markle and Prince Harry — detailing last year how she had got to hold baby Archie on a trip to the UK.

But her reputation took a knock in March when a series of negative stories were unleashed.

Comedian Kevin T Porter branded her “notoriously one of the meanest people alive” on Twitter and appealed for “insane stories” about her.

The responses included an allegation from TV writer Benjamin Siemon that “she has a ‘sensitive nose’, so everyone must chew gum from a bowl outside her office before talking to her, and if she thinks you smell you have to go home and shower”.

The New York Post then reported that Ellen had once called Apple boss Steve Jobs to complain that the font size on her iPhone was too small.


One current and ten former employees on The Ellen DeGeneres Show — all of whom asked to remain anonymous — continued to complain of her behaviour on the program.

A black woman who used to work there said when she was hired, a senior producer told her and another black employee: “Oh wow, you both have box braids. I hope we don’t get you confused.”

At the end of each episode of her chat show, which has been running since 2003, Ellen asks the audience and those at home to “be kind” to one another.

The mantra has spawned a line of Be Kind products which fans can buy, including a subscription box, hat and wine tote.

One former employee said: “That ‘be kind’ bulls*** only happens when the cameras are on. It’s all for show.”

Others say they were instructed by managers to not speak to Ellen if they saw her.

Most blamed exec producers and senior managers but argued Ellen needed to “take more responsibility” for the workplace environment.